This is not the way I wanted to start this post, but I need to rant. About too many people  already / again / still ignoring the most basic COVID rules and regulations.

I went to a manor house with a beautiful garden today. The website, the signs at the entrance, the free map every visitor got at the ticket booth clearly state the few basic COVID 19 rules. Like: wear a mask at the shops, the restrooms, the café / bistro area. I have to admit that most people at those instances did and still…  Two customers in my queues at the bistro area didn’t wear a mask at all. Two elderly white men. Sorry guys, but in my experience it’s always the old white dudes. Do we have a name for those? What’s the equivalent of “Karen”? Neither of the staffers called them out on it, so I didn’t feel it was my place to do so. But I was a bit pissed off and stayed as far away as I could. This evening I sent a – polite and friendly, I hope – mail to the woman running the gardens, letting her know, that I felt a bit uncomfortable that the mask rule wasn’t implemented the way I had hoped in that cafe / bistro area. That at least made me feel a bit better…

Something that bothered me just as much happened a bit earlier in the day, at this deck chair / pavilion area. 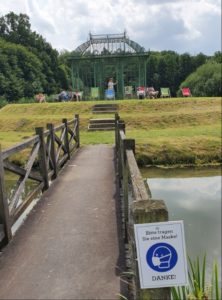 Yes, even *I* took off my mask, once I had pulled the red deck chair (on the right) more than 6 feet away from the others. I put the mask back on when I navigated my way back down around the other people. In the half hour I spent there, only about 20% of the people who came and went put on a mask for whatever amount of time. And that’s including me! Some of them didn’t care much about any kind of distance either. “Yes, there is a family sitting already, but let’s just occupy the chairs next to them. Pull them a feet away, so it looks like some distance.”  Ehm, Ladies… it was still only two feet away. Ugh!

Part of me wonders if I’m just too much a stickler for rules and abiding by them. Wonders if I’m overreacting. It’s outdoors and mostly with a enough distance and not too much time spend in the vicinity of these people. That’s why I’m not too worried for myself. But still… it’s not okay, people! Just wear the damn mask for the often only short amount of time  you’re asked to wear it. I just don’t get it! Do those people really not care? Do they think it doesn’t concern them anymore?

On the way back home I caught the news on the radio at some point. In Frankfurt the police last night had to break up a (probably not distanced) gathering of a few hundred people partying in front of the Opera and some of those people attacked the police. In my state, authorities had to break up an illegal 300 people birthday party with a DJ and all.  In a poultry meat processing facility almost 70 people got infected with COVID. It’s depressing and infuriating, isn’t it? And I haven’t yet mentioned the German tourists partying at Golden Sands in Bulgaria, with no regard for distancing or masks or anything.

But… besides these annoyances I had a lovely time today and it was worth the long (almost two hours one way) drive up there. Here are a few of my photos. I will definitely come back at some point. I also need to remember to reapply sunscreen. I packed it, so why didn’t I? It’s not really a sunburn, but close enough, I think… 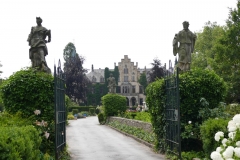 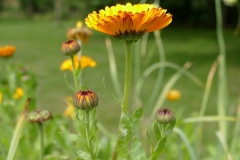 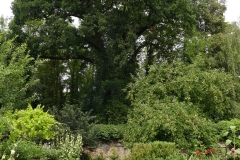 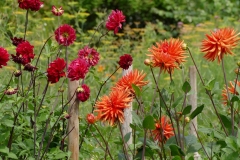 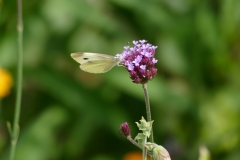 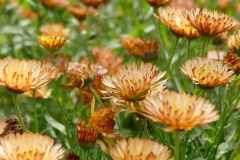 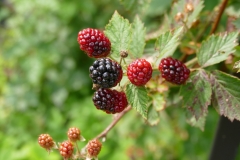 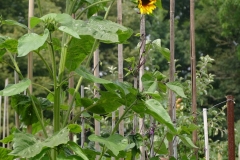 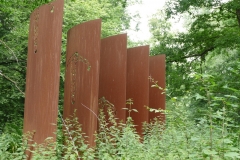 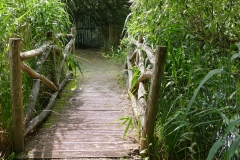 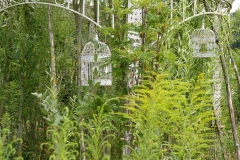 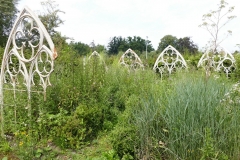 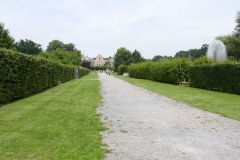 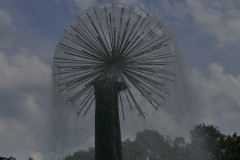 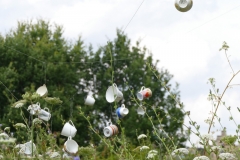 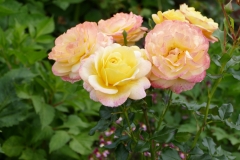 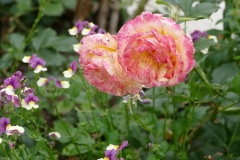 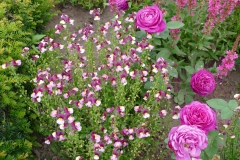 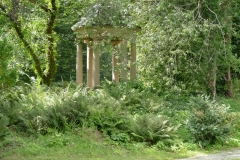 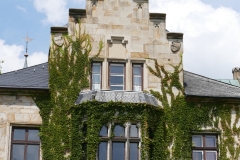 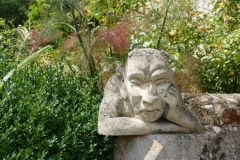 Website in German: Ippenburger Gärten. Open every Sunday from 11 – 18 PM till early October 2020. Thanks to Frau Nessy (German blog) for the idea.

*lyrics from “Once We Were Anarchists”, Frank Turner, 2007