Avoidance | I’m still trying to monitor my tendency to procrastinate or worry or daydream and such. I feel like I’m at least making a bit of progress by noticing it earlier, not that I always stop it once I’ve noticed it.

COVID Pandemic | What can I say? I’m so fed up with the ignorance of many people about the risk and the rules. Fed up by the ineptitude or unwillingness of governments to do something about it. They lift the mask mandate (at the desk) for schools, ignoring data and studies about infection and long COVID in children. They don’t plan ahead. Still. 19 months into the whole mess! It feels we’re back where we started. I know in some regards it’s not as bad, because a lot of people are vaccinated by now and all. But… I’m frustrated and disappointed and at a loss.

Especially as I still can’t really make up my mind if I want to travel to the UK in January 2022 to see Frank Turner play a gig. On first glance there are so many reasons against it. The number of cases in the UK for instance. But then I had a closer look at Our World In Data and it states that the UK tests about 10x more than Germany. At the moment the R rate is also lower in the UK than in Germany. Don’t know if that is a good enough reason to go. I don’t have to worry about it already now, it’s still 2.5 months away. I just wish I’d knew NOW if it’s safe to go so I can look forward to it without worrying.

Entertainment | There have been quite a few new albums out from bands / artists I like. Grace Petrie. Will Varley. Skinny Lister. Arkells. I’ve listened to them all at least once and I feel a bit indifferent about all of them. I don’t know how to feel about that to be honest. I know I feel like I’m letting them down and that makes me fell guilty, which is stupid, I know, because even as a fan I don’t have be blown away by everything they put out. I just wish I’d be more hooked by their new stuff. On the other hand there I still find new (to me) music I like just as much, which makes up for it in a way. The Lottery Winners for one and right now (literally, a first listen on Spotify) Dar Williams a pop-folk singer from the US, with about a dozen albums so far. So much to dive into. This will be fun, I think.

It’s a bit similar with TV shows at the moment. I just can’t be bothered to watch anything new. Still. The pandemic really messed that up for me. Though I don’t know if it really was the pandemic or other stuff going on last year. But I’m just not interested in new shows or movies. I suspect it might have to do with my monkey mind, which likes to jump from thought to thought and sometimes has a hard time focusing on things like a plot on TV. And I tend to multi-task while watching TV, which makes focusing on a plot a tad difficult. I can’t really be bothered to finally watch the last season of Lucifer for instance. Weird.

It’s different with novels, obviously. I can delve into those very well. But… that might also be a bit of avoidance technique, because if my mind is focused on words in a book it can’t at the same time think/worry about stuff. Not sure if that’s the right technique.

Outlander | Book #9 will be out in three weeks. *squee*. I haven’t been too excited about the TV show these last two seasons, but I’m definitely looking forward to see how the ‘real’ story will go on. Yes, I’m a book purist in that regard, the books will always be my true canon, even though I don’t mind picturing all the TV actors in the roles still. In the past I used to re-read the last book before the new one comes out. I haven’t come around to do that this time yet. So I’ve started re-listening to the audiobook in some of my free time. The audiobook as still about 40 hours to go, which would mean 2 hours every day. I might manage that when I listen to it during chores and all. But I guess reading might be the quicker way to catch up for me, so I might be switching between both.

Routines | Trying to establish some more. Writing here. Journalling. Working out again. Practising the guitar, which I need to start to learn all over again. I haven’t touched it in months. I bought it about a year ago and I now feel a bit ashamed that I neglected it so much. I’ll be back to report. Or not, depending on it goes, maybe…

No prompt, but I promised some more photos from the Japanese Garden. Click to enlarge, you know the deal… 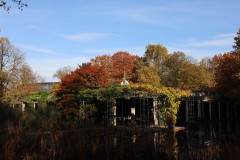 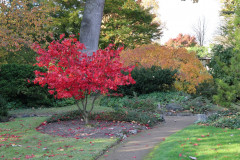 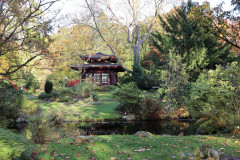 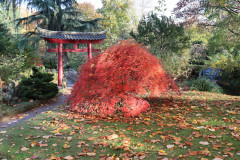 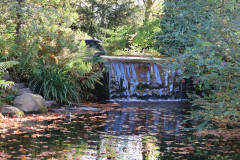 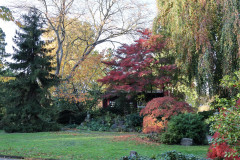 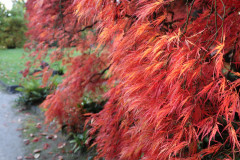 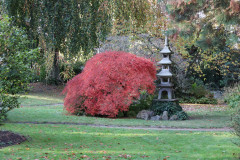 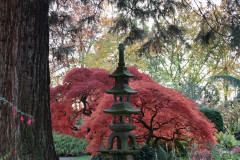 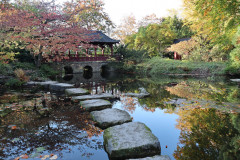 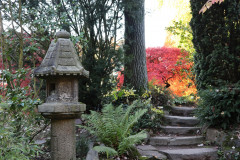 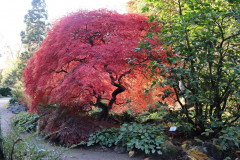 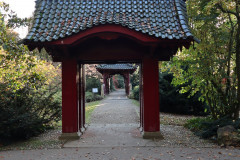