Sleep | Not quite enough for the start into a new week. *sigh* I got up a bit earlier than usual, as I at least wanted to organize myself for the day. Meditate. Don’t stress too much in the morning, because I’m a slow starter.  I get distracted to easily. I still dawdled more than I should have, but as I had gotten up earlier, I left home at a decent time at least.

Coffee | Yes. And yes! At home and the rest in my to-go-mug for the car / work. I could have also made another one (Senseo) at work, but felt like something hotter and sweeter, so I took my mug to Tchibo in my lunch break. I wasn’t sure they would let me get the coffee in my own mug, because other coffee chains won’t. But they said it’s no problem, because they don’t touch my mug. And they didn’t. A nice surprise all in all. A bit cheaper and much greener.

Internet | I’ve got my internet back! At least the WiFi is working again, I didn’t have time to check the phone and TV yet. Either way. Yay! I’m still waiting on any kind of “we fixed your problem” message from my provider, but I’ll take it even without any official notice.

Local Politics | I found the very formal very offical document informing me that I was elected to the City Council in my mailbox today. It’s always a bit weird, because official documents like this makes me worry for a moment, when I get them. I have to keep the letter and the envelope, because the envelope states when I got the letter. It feels a bit like subpoenas on US legal shows. 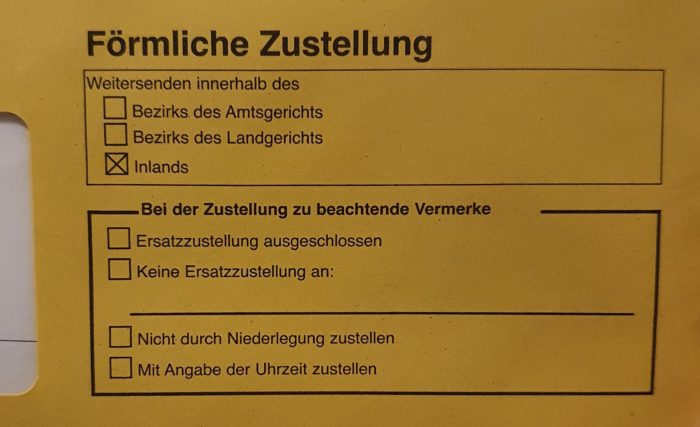 Our new – bigger (5 instead of 3) – Green party group on the next city council (term starts in November) met officially for the first time today. Most important issue on the agenda: who will represent us on which committee? We have to fill two seats now on most committees and not just one, we can have other – non council members – on some comittees, but it’s still a bit tricky. After over a decade I gave up my seat on the Planning / Environment committee and let the guy who was on that before me and will now be on the council as well, take over. He’ll be a good representative and I’m ready for something new. My main seat in the future will be on the committee overseeing the municipality owned company which is doing a lot of building work, facility management for council buildings, but also is in charge of water management, waste disposal and basically most ‘technical’ services. There is often a lot of money involved and I guess I might be the only woman on that comittee. Fun! Or at least a challenge and but I think I’m up for it.