In less than 30 hours Frank Turner & the Sleeping Souls will be reunited for the first socially distanced full band livestream. Show #2500. Woooohooo!

Rehearsal 1 of 3 down! Sounding killer. So excited to see the boys in @_sleepingsouls again. Show is tomorrow night!

In all the excitement about a full band show, I realized some days ago, that in the seven years I’ve been writing blog posts about this band, I haven’t actually really written about the band. It’s always been Frank Turner AND… I guess, that’s just the way it is, when one is the singer / songwriter, the face and in fact the head of the whole venture. I’ve mentioned the Sleeping Souls in many of posts about the albums and gigs and I hope I always gave them credit for the part they play in creating this sound and this live experience. But I haven’t really talked about them yet, I felt, so …. let’s introduce the band (in alphabetical – first name – order):

Ben Lloyd – electric guitar, backing vocals
Ben might be the person I “know” the least. On the ten or so occasions when after a show I talked to some of the band and not just Frank, last summer in Duisburg was the first time I actually talked to Ben more than a ‘Can you please sign this…”. I have no idea why I haven’t done that before. He’s a lovely guy. A great guitar player and fun to watch on stage, because he’s rather active, dancing around and such. My favourite bit in recent years might have been the synchronised dance steps he did with Frank during Recovery. He’s also got a sleek mint green guitar in recent years, which I definitely approve of. 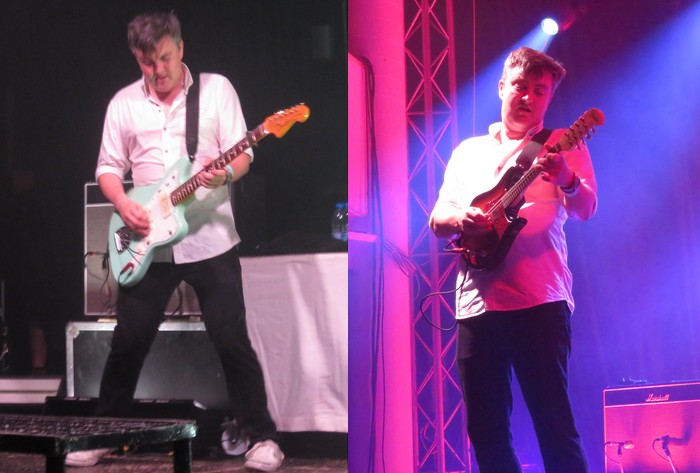 Matt Nasir – keys, backing vocals
It’s difficult to get a good shot of Matt during a gig, because he’s usually stuck behind the keyboard. I’m often situated on his side of the stage (more on that later), so I enjoy watching him and Nigel banter in the background. I always knew he was a great keys player from the work on the albums and on stage. But Matt is also responsible for the incredibly beautiful string arrangements on Be More Kind, which are some of my (many) favourite parts of this album. He is easy to talk to, once you get over the nerves to talk to *someone in the band*. Favourite Matt moments? After the show in Erlangen in 2017, I asked him about his baby son, and like the proud dad that he is, he immediately pulled out his phone to show me the latest photos. After another show in 2018, Frank explained to me how they would have to relearn one the rarer songs I requested and Matt chimed in with an “air guitar demonstration” how he thought the chords would go. Fun times. 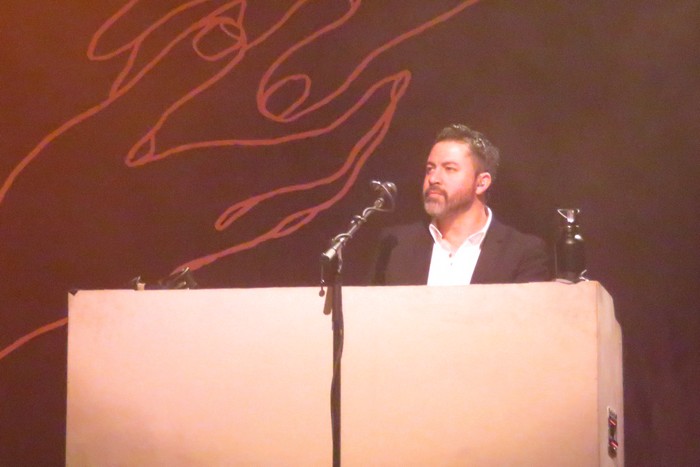 Nigel Powell – drums, backing vocals
Nigel is such a goofy sweetheart. I think he might be the first Soul I actually ever talked to after a gig in Luxembourg, summer 2015 (Yes, I’ve been going through my photos and such for this post). I think I always find it easiest to address Nigel, because he usually seems so friendly and open for a chat. And if any of them don’t want to chat they usually just don’t come over to the people waiting and that’s fine. None of us is always in the mood for a chat, but I digress…. I once told Nigel that I find his mid-drum stick twirl quite impressive to which he admitted, that it’s very easy to do and mostly for show. Klutz that I am, I might disagree on the easy part. I’ve got so many nice and fun memories chatting to Nigel. The last time was after the show in Birmingham in December 2019, where we ended up with a “Nigel behind bars” photo. Don’t ask. Again, hard to get a good shot of him “at work” because of the drum kit. 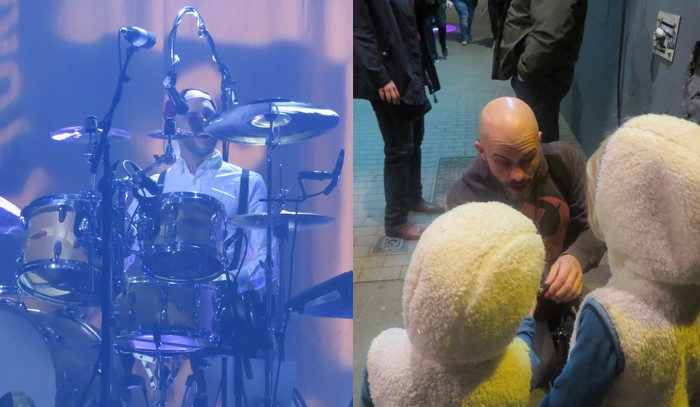 Tarrant Anderson – bass guitar
Yes, you read that right: “no backing vocals”, much to Frank’s and all of ours disappointment. I’m kidding. He doesn’t like singing on stage and that’s fine. But we DO celebrate the rare moment when Frank’s endless needling makes him step up to a mic after all ;-). Tarrant might be the Soul I talked to the most over the years. I can’t really say why. I’ve always been #TeamTarrant, a term that goes back to the 2016 tour, where they pitted the two sides of the audience against each other in terms of participation and the winning side got a drum skin thrown into the crowd. Once I started heading for the barrier, I always gravitated to Tarrrant’s side. Barrier center stage is not my place; Been there, done that, got the bruises to prove it. I think I picked that side because of Tarrant, but also – if I’m honest – because from there I have a good view of Matt and Nigel in the back, whereas from Ben’s side, Matt often seems awfully far away. Anyway, Tarrant. He is a lot of fun to watch on stage, because he’s beating the shit out of his bass in the best way possible. He might seem a bit reserved on and off stage, but so did and do I – more often than not – , maybe that’s one of the many reasons I have a bit of thing for him. He is actually very easy to talk to and like I said I’ve done that quite a bit over the years. In German even, but that’s a whole different story. 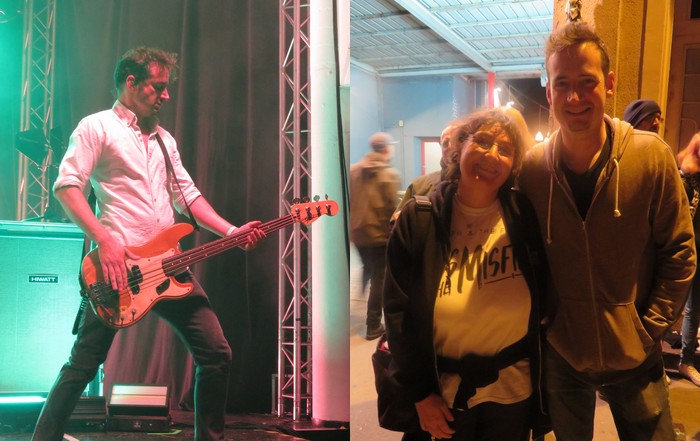 I know other people often wonder, why I want to chat with the singer or the band after a show? Why not just go to the gig, enjoy it and go home? I wish I had an easy answer for that. I think the main reason I like doing it, besides that I think it IS kind of cool to be honest, is that I want them to know how much I appreciated the job they did that night or on the latest album. By now I wrote endlessly about what Frank’s music and the communal aspect of a gig means to me and those guys are an integral part of that each evening. I love it and I appreciate it and I want to let them know that. Because I think / hope they occasionally might enjoy getting that kind of feedback in person instead of just by roaring applause from an anonymous crowd every night. I might be totally wrong, I don’t know. But as long as every once in while they do stop and chat with the folks still hanging around, I’ll try to be there and and tell them face to face, how much I appreciate what they do.

Man, I do miss those guys and I’m very much looking forward to seeing them play a full band show with Frank tomorrow evening. Even if it’s just a livestream gig, with them in separated boxes, I’ll take it, because it’s going to be great to hear the amazing sound of a full band and to see them back together.

Lyrics: We Shall Not Overcome, Frank Turner, 2013